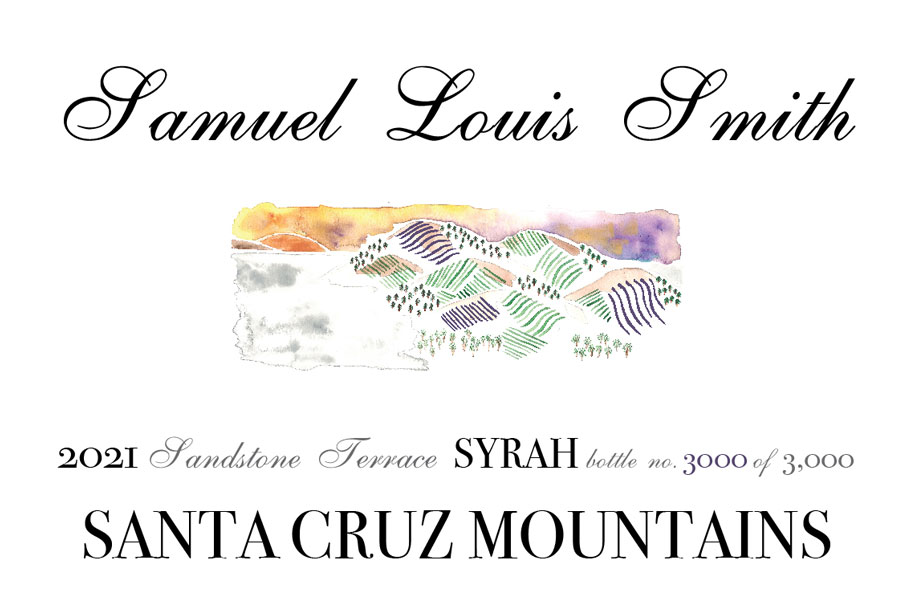 Terroir
Sandstone Terrace is a blend of primarily SCM cool-climate syrah sites with the common thread of sandstone-derived soils. In most vintages, it embodies the sexy, spicy, and floral side of the varietal.

Nelson Vineyard (44%) is located in the Summit district of the SCM. The property was planted to chardonnay, pinot noir, and syrah in ‘99 after spending 30 years as a Christmas tree farm best known for silvertip firs, a variety that thrives at higher elevations. At 1700 ft, the vines growing in sandy loam and chunky sandstone are surrounded by redwoods and firs. Organically farmed.

Gali Vineyard (42%) is located in the Corralitos district of the southern SCM. At the low elevation of 400 ft and approximately six miles from the ocean, this is one of the coldest sites in our lineup. Soils are clay loam weathered from sandstone and shale, formed on ancient submarine terraces. In conversion to organics.

Tondré Vineyard (14%) was planted in ‘97 in the heart of the Santa Lucia Highlands, in granitic loam and extremely cool climate thanks to nearby Monterey Bay’s contribution of persistent morning fog and windy, sunny afternoons.

Back To All Wines